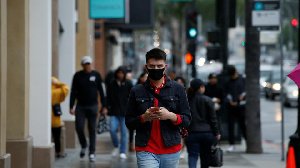 Georgia has become the second US state to delay its presidential primary election over fears of the novel coronavirus.

The southern state had been scheduled to hold its vote on March 24, but has pushed it back nearly two months, as authorities across the country grapple with whether or not to postpone their states’ primary elections.

The move comes just a day after four other states — Florida, Ohio, Illinois and Arizona — said they would go ahead with their votes, which are scheduled for next week.

Louisiana, meanwhile, became the first state to announce a postponement on Friday, when it declared an official disaster and an 11-week postponement of its vote, originally scheduled for April 4.

The delays come amid fears that the coronavirus pandemic could wreak havoc on the Democrats choosing a candidate to challenge President Donald Trump in the November election.

“Events are moving rapidly and my highest priority is protecting the health of our poll workers, their families, and the community at large,” Georgia Secretary of State Brad Raffensperger said in a statement announcing the postponement.

The delay was announced with the Democratic race less than halfway through, with only 25 of 57 contests completed so far.

“Our priority is to protect the health and safety of all Georgians and to ensure that as many Georgians as possible have an opportunity to vote,” said state Senator Nikema Williams, who is chairwoman of the Democratic Party of Georgia. “Continued in-person voting could compromise both goals.”

Voters who have already cast their ballots via early voting will be able to recast their vote in the May 19 primary, she said.

Earlier in the day Georgia Governor Brian Kemp declared a public health emergency, with 66 cases of coronavirus and one death in his state so far.

Biden has already swept the primaries in the majority of the American South, including in Alabama Tennessee, North Carolina and South Carolina, which each share a border with Georgia, where 105 delegates are at play.

Biden leads the overall race as well with 878 delegates over Sanders’ 725. To win the nomination, a candidate needs a majority of 1,991.

Stacey Abrams, a Georgia Democrat who nearly defeated Kemp for the governorship in mid-term elections in 2018, what would have been a major coup in the deeply red state, has been floated as a potential vice presidential pick.

She told an ABC television program last month that she would “be honored to run as vice president with the nominee.”

In the face of the global pandemic and rise in cases across the United States, Biden and Sanders have substantially curtailed campaigning, cancelling rallies and telling staffers to work from home.

The two face off in a debate on Sunday, but Democratic officials have shifted the venue from Arizona to Washington over coronavirus fears.

The COVID-19 virus has killed at least 51 Americans and upended daily life across the country, leaving almost no element of political life unscathed.

In Washington Saturday, Trump’s physician said he had tested negative for coronavirus following concerns over his exposure to members of a Brazilian delegation who later turned up positive and US lawmakers now in self-quarantine over potential infection.