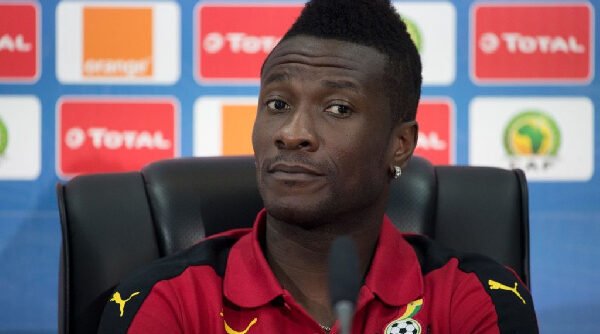 The camp of former captain of the Senior National Soccer Team, Black Stars, Asamoah Gyan has dismissed reports in the media suggesting that the player has bought a parcel of land at Kwame Nkrumah Circle which is currently being used as a lorry station.

The worried drivers at the Obra Spot Lorry station have vowed to resist the taking-over of the piece of land by Asamoah Gyan with all their might as that is where they make their money to fend for their families.

They suspect that the AMA has sold the land near the lorry station to Ghana’s leading goal scorer of all time to put up a business facility as they claim they saw his brother Baffuor Gyan at the premises supervising works currently ongoing on the land.

The Station Master, Samuel Kwame Abankwah Fosu appealed to President Akufo Addo to intervene and stop the sale of the land on which they’ve operated as a station since 1983.

But the Manager of Asamoah Gyan, Samuel Anim Addo in an interview with Kasapa FM News stated that the striker does not know anything about the said land and has no interest of buying any land around Kwame Nkrumah Circle.

“This is not the first time we’re hearing of such falsehood about Asamoah Gyan taking over a land. Sometime back there was similar allegation that he had bought a land at Race Course in Kumasi which got most of the traders there agitated but that was false. It is absolutely untrue that Asamoah Gyan is buying any land at Obra Spot. There’s not been any such thought nor has he discussed with anyone about wanting to buy any land and so I urge the public to ignore the rumour. The drivers should not be worried as I can assure them that Asamoah Gyan will not take over that piece of land.”