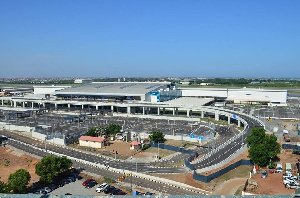 The government of Ghana has announced the closure of the Kotoka International Airport’s VIP lounge to all diplomatic missions, international organizations, and honorary consulates, as part of measures to control the spread of the coronavirus.

The announcement was made in a circular by the Ministry of Foreign Affairs and Regional Integration.

It explained: “In light of the foregoing, it has become mandatory for all inbound and outbound passengers, including emergency cases, to use Terminal 3 of the KIA and go through laid-down arrival and departure protocols”, adding: “Services at the VIP Lounge would be restored when the situation normalizes”.

Meanwhile, the number of people infected by the coronavirus in Ghana has increased by three more to 19.

The latest cases, all imported, according to the Ghana Health Service, were confirmed on Friday, 20 March 2020.

They were picked up in the Greater Accra and Ashanti Regions.

Two of the three latest patients are UK-based Ghanaian women who returned to Ghana two weeks ago.

The third is a 27-year-old Chinese man who touched down in Accra.

As part of efforts to combat the spread, President Nana Akufo-Addo has announced a few restrictions including a ban on social gatherings. 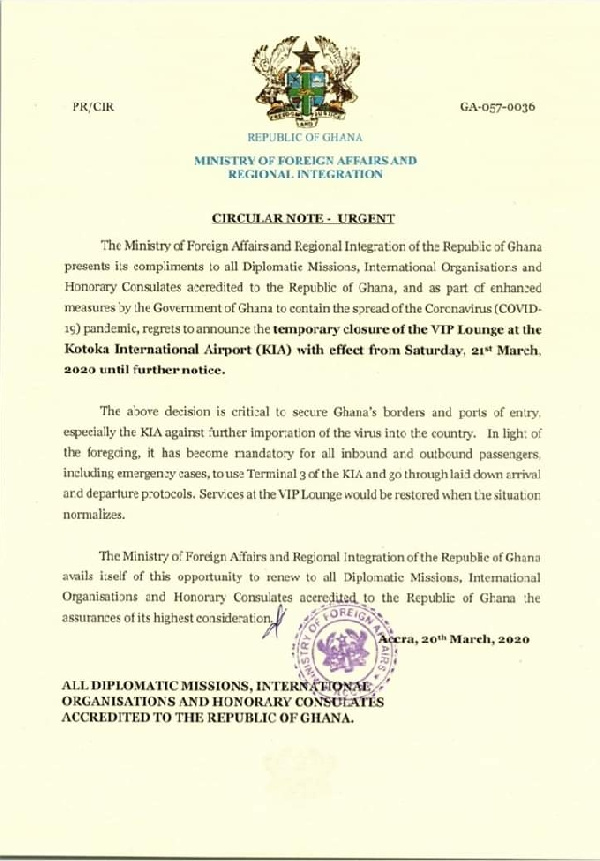