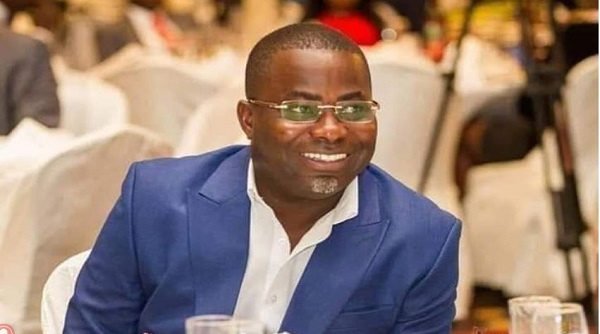 Lawyers for Charles Bissue, who hitherto, served as secretary to the Inter-Ministerial Committee on illegal Mining (IMCIM), say their client has been exonerated by Police investigations on allegations of corruption.

Mr. Bissue, who is also a Presidential Staffer, in a letter to the President in March this year decided to step aside to avail himself for investigations after he was allegedly accused by Anas-Tiger Eye PI documentary on Galamsey fraud.

The documentary claimed, the Secretary was involved in alleged shady deals to facilitate processes for a mining firm called ORR Resource Enterprise.

But a letter written to Ampofo, Oppong and Associates, Lawyers for Charles Bissue by the Police Criminal Investigations Department on its thorough investigation on the matter exonerated him of any wrongdoing.

According to the final report, a copy of which is in the possession of ABC News, the CID concluded, that, Charles Bissue did not circumvent the laid down procedures of the IMCIM in order to favour ORR Resource Enterprise, the company at the centre of the incident.

The report also observed that the documentary which was aired is not a true reflection of what transpired between the Presidential Staffer/Secretary and the said Yaw Ben of ORR Resource Enterprise.

The CID investigations primarily relied on documentary and other sources as already indicated.

“The lead investigator of the Tiger Eye Documentary, Anas Aremeyaw Anas failed to avail himself to assist in investigations and also failed to provide a copy of the unedited version of the documentary. He said he has already filed a petition with the Office of the Special Prosecutor” portions of the report stated.

It also indicated that the key witness Yaw Ben failed to assist in the investigations to substantiate the claims of bribery against the respective suspects.

The report concluded that, Charles Bissue was not found to be culpable for any offence.

Until his decision to step aside Mr. Bissue was the Secretary to the IMCIM. It is likely he could return to his post following his exoneration.

A parallel investigation by the office of the Special Prosecutor which is still ongoing is not known to have yielded a different result yet.

The committee was put in place to address illegal mining and through that, it seized scores of excavators and arrested illegal miners including foreigners.