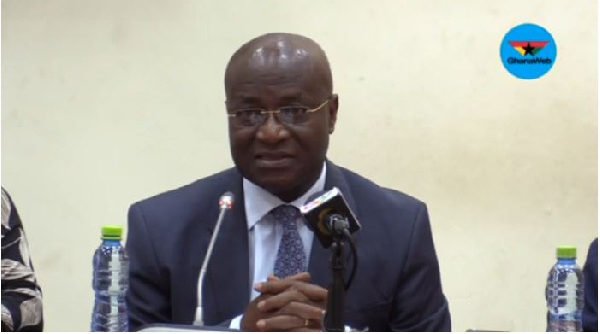 Majority Leader in Parliament and Minister of Parliamentary Affairs, Hon. Osei Kyei Mensah Bonsu has taken on those attacking him explaining why he chose to ignore comments and opinions about him on the proposed $200m parliamentary chamber.

“People roasted me on their Facebook pages and other social media platform. I read everything but I chose not to go into the gutters with them because you don’t have to go out naked when a mad man took your cloth while you are bathing”, he revealed.

According to the Majority Leader who spoke on Kumasi-based Nhyira FM morning show monitored by MyNewsGh.com, despite communication gap between his outfit and some Members of Parliament (MPs) on the matter, it became an opportunity for both Ghanaians and some MPs to hurl insults at him.

“People who are supposed to have known better thought that I have gotten Kyei Mensah Mensah Bonsu so let me insult him without first thinking of the issue onboard”, the New Patriotic Party (NPP) lawmaker for Suame, told host, Aduanaba Kofi Asante Ennin.

Hon. Osei Kyei Mensah Bonsu has threw out a reason to justify the building of a new 450-seater chamber for Parliamentarians.

He indicated that the building of a new chamber is necessary because the current structure which was built in 1965 by Dr. Kwame Nkrumah was not built for Parliamentary purpose and hence the need for a befitting parliament house.

“First of all the configuration of the facility we are using as parliament now was not so designed at the inception. It used to be the conference hall of the state until the construction of the International Conference Centre. So it is not purpose-built for Parliament. We had to resort to that because the original Parliament structure could not host the 200 members that the figure had increased to from 140 at the inception of the 4th republic so we needed a new facility to host 200 members at the time. It meant that because we had a new conference centre we had to realign that facility to host the Parliament of Ghana” he said on GHOne Television monitored by MyNewsGh.com.

1 thought on “$200m Chamber: I won’t descend into ‘gutters’ with ‘mad’ Ghanaians – Kyei-Mensah-Bonsu”